Join my Author’s Community and get free E-Books,
access to my Private FaceBook group, news about
sales, giveaways, new releases,
and much more!

All of my books are available for FREE with KINDLE UNLIMITED 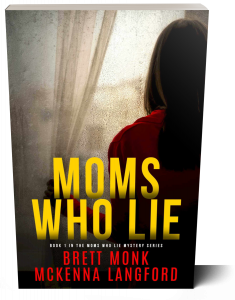 “Who is killing teenagers and terrorizing these two families?”
Maddy is a single mother of a teenage boy. She spends her days styling hair and dating all the wrong men. Amelia owns a successful interior design business, is married to the perfect guy, and has two lovely daughters and a foster son she adores.
The whole town knows these two beautiful young mothers hate each other. They used to be best friends back in high school until that prom night when the cute new guy went missing. Twenty years later, teens are disappearing again and someone is sending cryptic threats to Maddy and Amelia’s families.
These women must join forces to protect themselves and their children. But if they do, secrets and lies will be exposed, families will be destroyed, and more people might die. 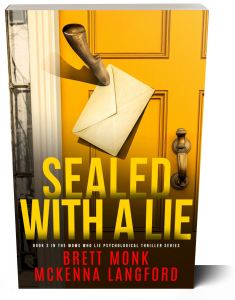 If our moms aren’t killers, then what are they hiding?

The “Moms Who Lie“ domestic psychological thriller saga intensifies with even bigger twists… revelations… and lies.

Teenage twins Audrey and Lyla Bailey and their classmate Warner Carpenter learn their moms don’t hate each other like they’ve been pretending all these years. Their secret must be connected to the girl who died on their recent high school trip… just like that other kid who went missing back when their moms were teens.

A mysterious enemy sends them threatening messages and pulls bizarre pranks to destroy their lives and relationships. The stalker seems to know them all better than they know themselves.

The tormentor is also toying with their moms, Amelia and Maddy, endangering their lives and families. Plus, Maddy’s police detective ex-boyfriend is trying to tie all of them to the deaths of the teens.

“Sealed With A Lie” is the second gripping installment in the “Moms Who Lie” domestic psychological thriller series by Brett Monk and McKenna Langford. 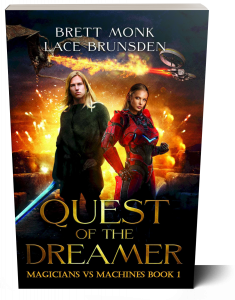 In a war between machines and magic, these heroes can’t afford to lose.

A relentless army of robots and drones is laying waste to the planet and killing everything that breathes. The magical races: dragons, elves, dwarves, and others are all in danger of extinction and divided by mutual distrust and conflict.

Most of the humans have transformed into cave dwelling WereMoles and the few “real” humans remaining are hunted down by the robots AND all the other races for having caused this apocalypse.

The only beings willing to work together to save their world are a lonely elf prince, a rebellious young dragon, and a beautiful human warrior who wears armor she scrounged from dead robots to protect her identity, and her heart.

“Quest of the Dreamer” by Brett Monk and Lace Brunsden sets the stage for an epic family-friendly adventure filled with magical creatures and mechanical menaces. 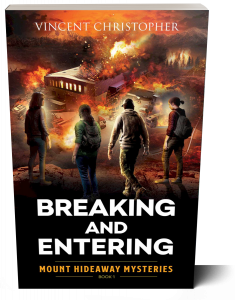 “Breaking and Entering” is the first book in the series and the PREQUEL to the stories in the movies. It has full-color illustrations from the movie “Mount Hideaway Mysteries: Exes and Oh No’s” 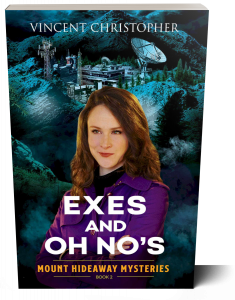 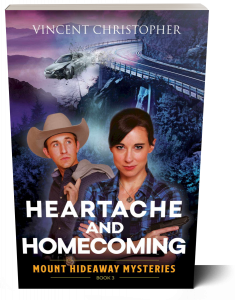 Join my email newsletter and get FREE E-BOOKS plus the latest news about Giveaways, Sales, and Movie Release Information. 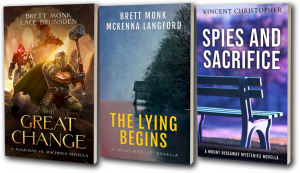